Today I scratched an itch, something that has been bugging me for quite some time now.

Sometimes I pull a new version of a project and try to run it only to get an annoying ‘Run bundle install…‘ message or worse an app that starts running but then starts to spazz when you do anything just because no one told you that you needed to run rake db:migrate So I built a small gem to help me exactly with these issues :)

O RLY? or orly for short, is a simple utlitly gem you use to install git-hooks into your git repositories. Every time you either git pull or git merge (pull acutally runs a merge) orly goes over the changes and notifies you when there are any commands you need to run. It’s very unobtrusive, it doesn’t run any commands for you - I wanted you to be in controler and decide when and if to run them, it just tells you about them. Check out the code on the github page

You can always run orly --uninstall to remove the git-hook or orly -h to get help about orly.

You can also run orly -s or --speak and make the orly owl repeat what you say amazing progress :) 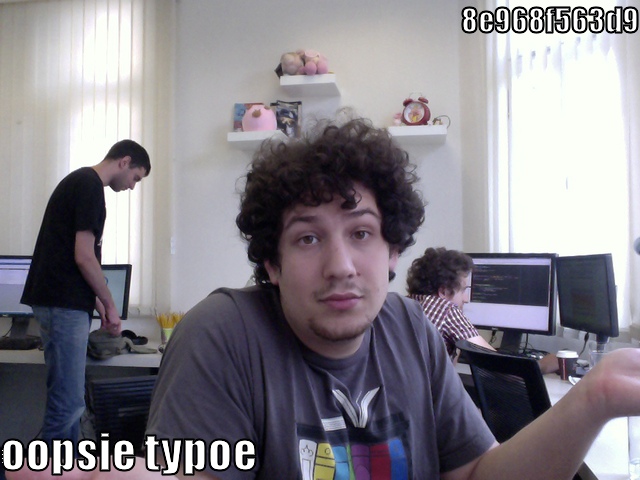 Some of the inspiration for ORLY (especially the installation method) came from another awesome utility gem called lolcommits, its a really fun gem that lets takes a picture of you each time you commit code and adds your commit message as text on the image. It’s really fun to have especially when pairing with an unsuspecting victim. Their installation process was really painless and also uses git-hooks. If you’re using a laptop at work or have a webcam install lolcommits you won’t regret it.

Scratch your own itch

One thing we as programmers need to do more is scratch our own itches - if something in your workflow bothers you, takes too much time, is too manual. FIX IT! either find a solution or write one. We have the abilities to write stuff like this to make ourselves happier and our work less crazy. This isn’t my first ‘band-aid’ and it won’t be my last, I enjoy building and sharing stuff like this and will continue to scratch away. Do it too, don’t let those itches become more start finding or building solutions now. Just make sure you’re scratching and not shaving yacks and go build stuff!