I wanted to share my recent experiences with building mobile web ui’s. I experienced working with three different methods of building mobile ui some of them during my day-time job and some on my weekend hacks. I’ll try to give the pros and cons for each method and framework and let you decide which ones fits your project best. 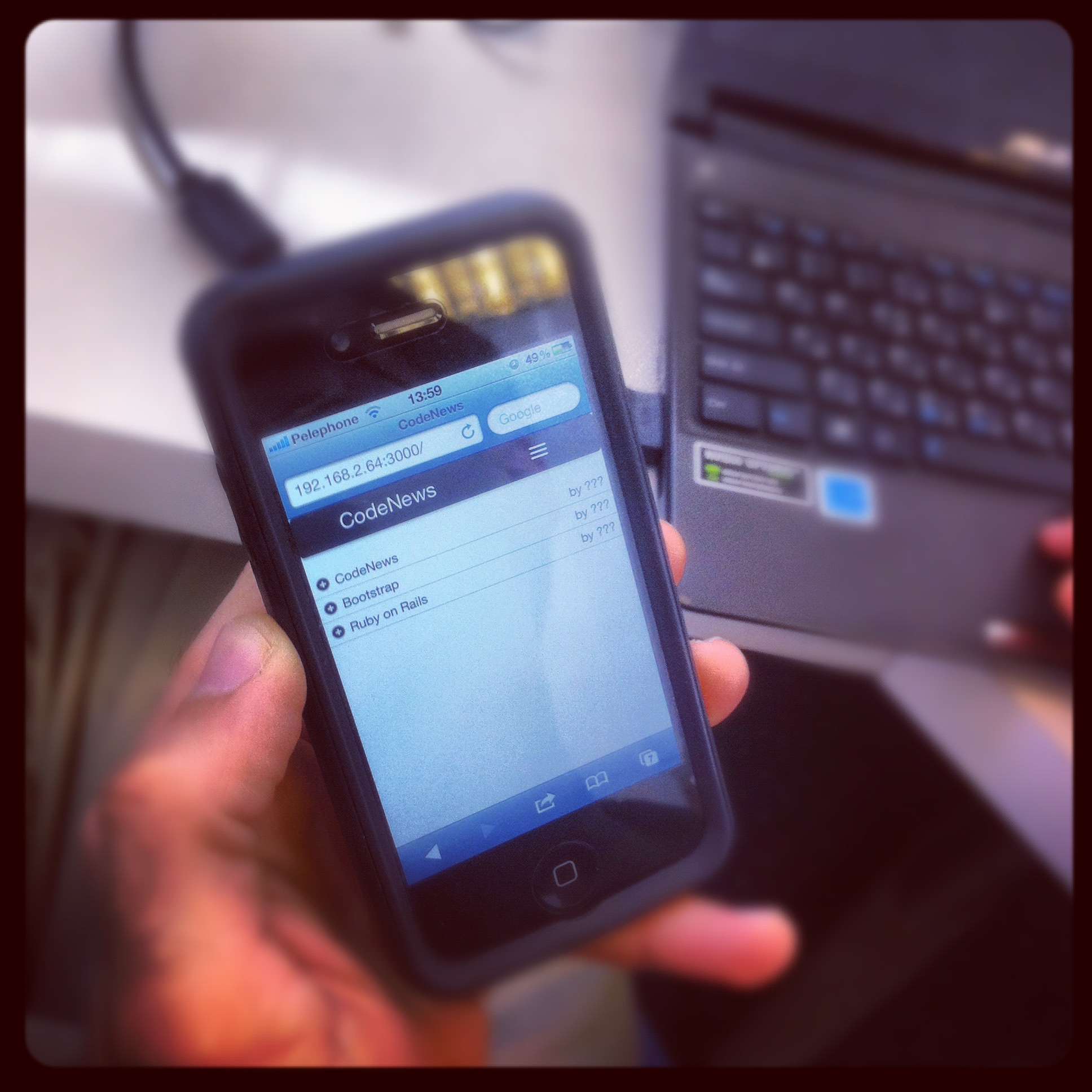 TL;DR - Mobile Web frameworks are cool, kind of like using Twitter Bootstrap. I’m gonna go with building without a framework for most stuff.

So as I said I got to work with 3 different methods of building a mobile web ui. The first one was building a mobile web ui for my weekend project Makom-tov. I actually wrote and rewrote the ui for that because I wasn’t really happy with the result. I first wrote it in jQtouch and then I rewrote in in jQuery Mobile (Just as it came out of beta). The other project was writing a mobile ui for my project at work eBay Go Together, this UI was designed by our awesome designer and I wrote it using no framework just regular HTML, CSS and Javascript.

Feedback on each method 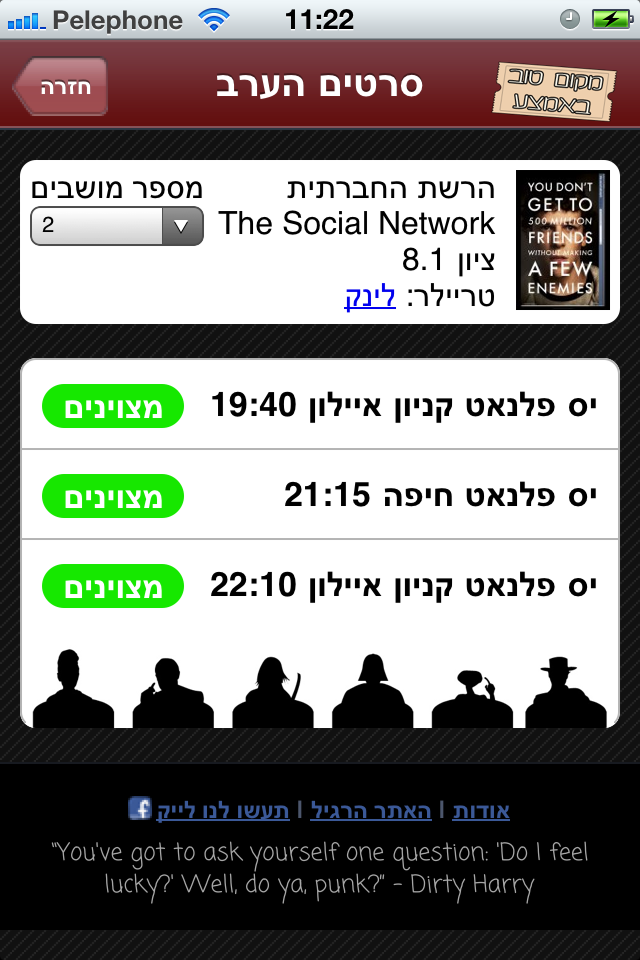 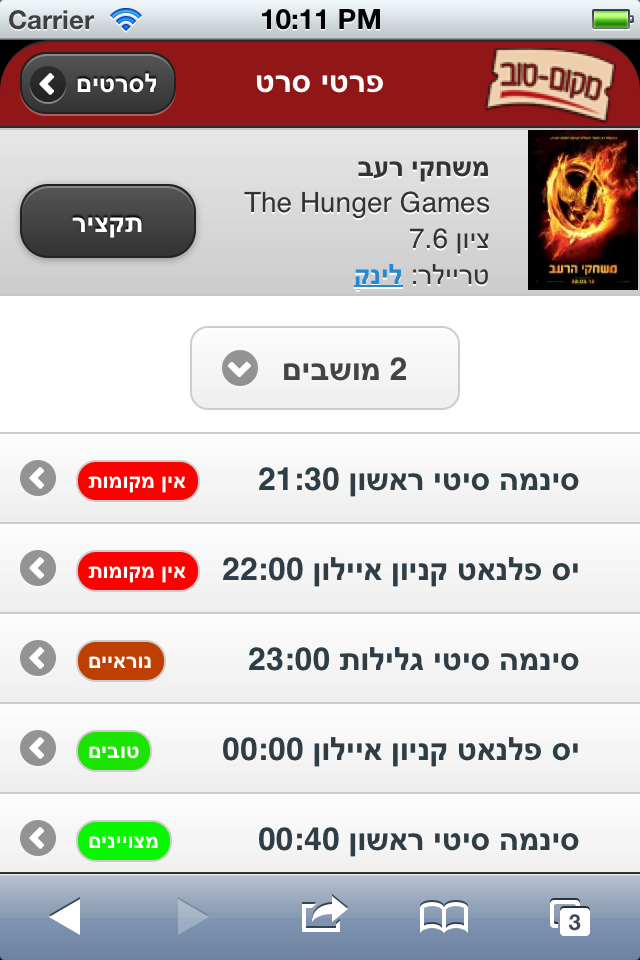 What should I use?

The first thing to do when approaching development of a web ui is deciding what type of web ui you’re looking for. If you’re looking for a native ui or a customized ui, what’s the scope of your mobile ui, is there a desktop ui as well and other stuff.

Go with a framework if what you need is

Go no mobile framework if your needs are

Some other frameworks for building Mobile UI

There are two other frameworks for building web ui. The first is Sencha Touch - while I didn’t get to work with Sencha myself I heard it is a good and solid framework that has many capabilities that other web frameworks don’t have. The down side of using Sencha is that it’s a completely different paradigm of building web, you are completely dependant on their APIs and design. There also some licensing issue with Sencha products - if it matters to you keep an eye open and check it out.

The other framework isn’t a mobile framework per se it’s a web ui framework with good support for responsive design (design that responds to your screen size and adapts). You’ve probably heard about it Twitter Bootstrap. Twitter bootstrap helps you set up an really solid ui very fast and that ui looks pretty good even on mobile devices (the picture at the top of the blog displays such a UI). It’s really good if you want the same overall feel between desktop and mobile. The problem with using Twitter bootstrap is the same as using Jquery Mobile, the ecosystem of ui’s that come out of it all look very similar and boring.

If your app needs to have both a web ui and a mobile ui you will need a way to control many similar partials and templates There is a very cool way to manage when to display each type of site and also managing your views.

The basis for this method is on changing the mime type for mobile to differ from the regular desktop mime type. First add your new mime type in the config/initializers/mime_types.rb and then add a before_filter method that runs in ApplicationController or on whatever controller you need to support.

Once this filter is in place you need to start creating new templates and layouts to be rendered, each file that needs to have a mobile version should have a counterpart for the new mimetype. For example application.html.haml has a mobile counterpart application.mobile.haml the first one is displayed for desktop users and the second for mobile.

What about partials that are used in both versions? There are three ways to share partials between desktop and mobile. The first one is deprecated and messy and thats setting an explicit format in the rendered file’s name - for example

It’s the easiest because you only need to change the calls and not the file names, but this method doesn’t work for when you want the format to trickle down. Lets say our avatar partial uses another partial called photo like so

In this case if from a mobile template lets say show.mobile.haml I call render :partial with a specific format once that partial tries to render the photo partial with no format specified it will look for a mobile format and raise an error.

The third way and the one I like best is removing the format from partials that are shared, meaning that in our example common/avatar.html.haml becomes common/avatar.haml and can be safely called from both formats. You must ofcourse change all the partials even the ones inside but in the end you’ll have a more organized code base app.html.haml are files that appear only in desktop app.mobile.haml only in mobile and app.haml are shared across both.

Well thats it - hope you learned something new - and go create a mobile version for your site, users are using their phones more and more to view the web.