I had the absolute pleasure of speaking at this year’s Golden Gate Ruby Conference in San Francisco. It was my first time speaking outside of Israel and it was awesome.

I want to thank the organizers @wifelette @joshsusser @purp & @sarahmei for organizing an aswesome conference.
I was sad to hear that this was the last GoGaRuCo - but was honored to not only attend for the third time but to get to speak at the last GoGaRuCo. A big shout out goes out to all the other attendees of the conference and especially the other speakers - you were all awesome and super nice.

In my talk I shared the story of how I built and designed my first board game, how ruby helped me hone and optimize the game mechanics and parameters.
I started with a short intro to board gaming right now, what goes into making a game and I continued with my experiences while building Missiles & Microchips. 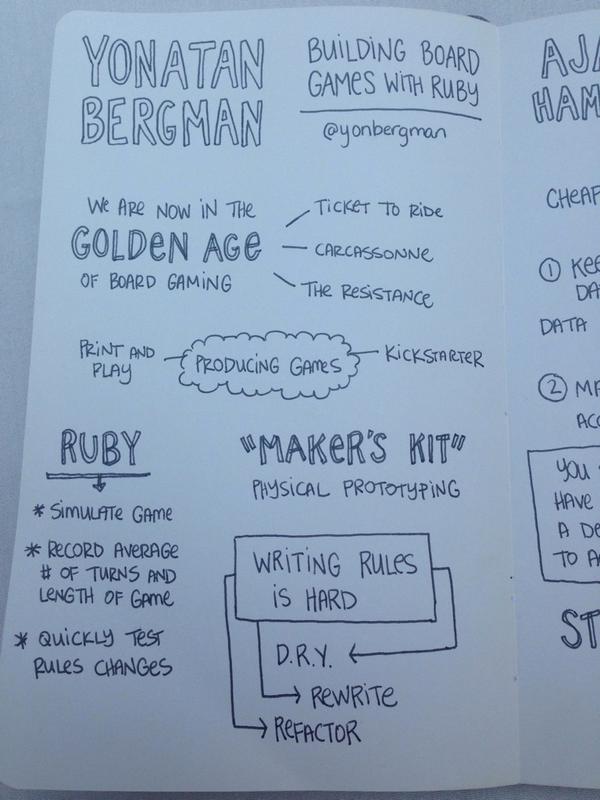 +10 awesome points to @jessabean who not only gave an awesome talk on Sketch Noting but sketch noted several talks including mine ;)